The alternative and most modern economic system

The world is out of balance. After communism and capitalism failed, we need an alternative economic system.

Government parties all around the world don’t achieve what is possible. Some try and fail, others don’t even try. New movements conquer the power in parliaments, such as Syriza in Greece already did, Podemos will hopefully do in Spain or the MoVimento 5 Stelle may do in Italy. As soon as these movements succeed they will have to fulfill the expectations of their voters.

The same applies for people from within established parties who seek for an alternative to the failing system, such as Jeremy Corbyn of the British Labour Party or Bernie Sanders within the US Democrats.

After a start with good intentions Syriza completely failed. Why? Because they had no idea how to achieve their objective.

Today, there is hope for Occupy, the 99% and everyone who refuses to believe that there is no alternative. economy4mankind offers a problem solving and realizable alternative economic system with majority appeal (see: „3 Basics„). With the „Economic Balance System“ (EBS) we can achieve a balance of nature, mankind, democracy and economy. People don’t have to subordinate to economy. Economy will subordinate to all (!) people. This is the alternative for everyone who wants a real change for the best possible future.

These are our 4 main topics:

The planet is constantly looted for profits. Air, soil and water are being polluted to avoid costs. Wild animals become eradicated to make money. Farm animals live in hell for low meat prices.

Rain forests and haunts for wild animals disappear to exploit the areas with more profitable plants. The reason for all this is our economic system. economy4mankind can end this in a new way with the EBS.

No matter whether powerful people refuse a real change of the system: We can realize it with the power of votes. And in contrast to politicians who don’t know how to keep their promises we know how.

Mankind: No More Poverty, High Incomes for Everyone

Half of mankind worldwide has less than $2 per day to live. 1% owes more wealth than half ob mankind combined. More than 50.000 people die from poverty – every day. Beyond the official (manipulated) governmental statistics approx. 500 million people are unemployed.

The economy becomes more an more efficient, needing less people. People have to compete with machines, computers and industry robots. Most people do jobs they hate just because they need it to earn money. Most families are under pressure by the economin system. The overwhelming majority of people has to submit to a miserable labor market with a hopeless future. With the EBS economy4mankind can give a huge raise to the 99%.

Democracy is dead. Killed by money and corruption. In almost every country corporations and superrich people buy the decision makers in governments and parliaments. The difference between countries like the USA, Germany, France, England etc. and banana republics is just gradual. 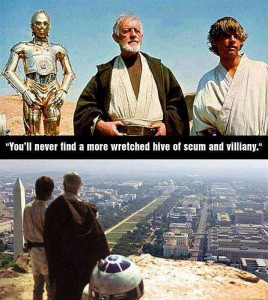 Germany’s head of government, Angela Merkel, confessed: „We will find ways to shape the parliament’s participation in a way that is compliant to the markets, so that the markets get the signals they demand.“ In other words: Governments represent the interests of the richest people.

Moreover, Angela Merkel said: „We don’t have any answers to the really urgent questions.“

There seems to be no choice for voters when only a few established parties have the chance to win – and they all act quite the same. But there is a chance to change that. Voters have the opportunity to inform themselves about small parties with alternative solutions – or to support good candidates within the established parties (Bernie Sanders, Jeremy Corbyn). They have the responsibility to vote for alternatives. Sheep must not vote for their butchers any longer.
The system is the apparent problem. We have to submit the economy to the needs of every single man, woman and child on earth. And we have a way to achieve this.